‘They Will Take Benefit’: Karnataka Congress Does It Once more, Newest Fake Pas Includes Sardar Patel, ‘Worry’ of BJP 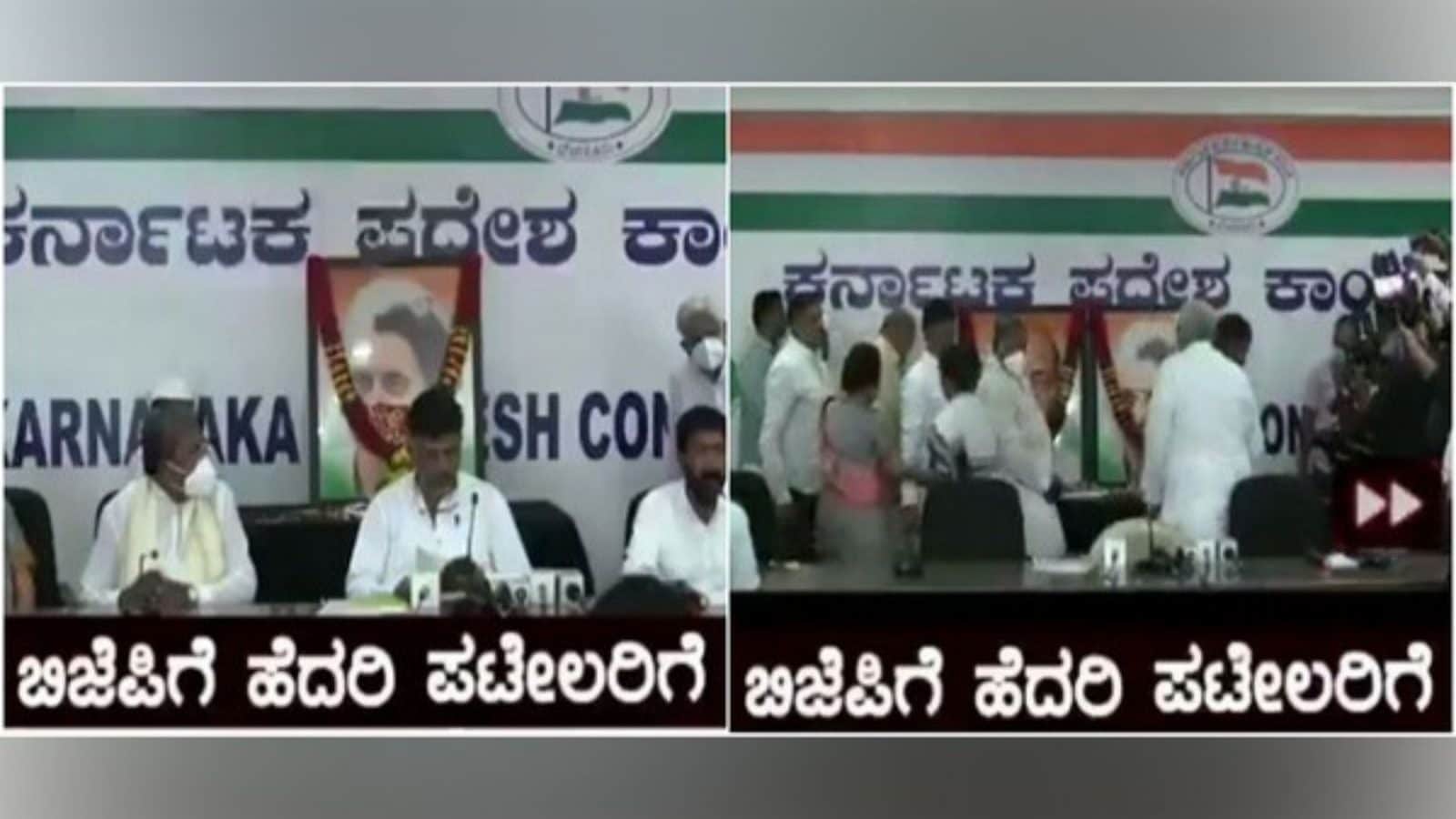 It’s a political gaffe that can make sure the BJP has the final snort, precisely what the Karnataka Congress was making an attempt to avert.

In a video of an trade between ex-chief minister Siddaramaiah and DK Shivakumar, the previous might be heard asking concerning the absence of a portrait of Sardar Vallabhai Patel, the nation’s first Deputy Prime Minister, who was born on the identical day Indira Gandhi was assassinated, though over a century earlier.

When instructed “we by no means hold the photograph (of Sardar Patel)”, Siddaramaiah expresses concern about criticism from BJP. Shivakumar then asks his staff to put up a portrait of Sardar Patel too.

“Today it is his (Sardar Patel) birth anniversary,” Siddaramaiah says in Kannada as he leans over to ask the Karnataka Congress chief, “There is no such thing as a portrait of him?” Shivakumar then says: “Sir, yes… it is his birthday today also… but we never keep the photo.”

“However what occurs with BJP (is) they are going to take benefit,” Siddaramaiah says in English. “Like we have not seen them (do it)… (turns to a staff member) Do you have a photo of Vallabhai Patel? Get it…” Shivakumar then says. “We’ll hold the photograph,” he tells Siddaramaiah, to which he responds: “Yes… it will be better.”

News18 couldn’t independently confirm the authenticity of the video shared by information company ANI which credited BJP MLA and former minister MP Renukacharya because the supply.

This isn’t the primary time Congress leaders have been caught on the again foot in Karnataka. Final month, the Karnataka Congress was left red-faced after a reside mic caught its two leaders discussing alleged corruption by Shivakumar.

The Congress responded by expelling one chief for six years and sending the opposite a show-cause discover; the latter chief, former MP VS Ugrappa, later provided a clarification.

The Sardar Patel video has drawn criticism from the BJP, with Nationwide Common Secretary CT Ravi tweeting: “It’s a disgrace that slaves are a lot fearful of an Italian” in a reference to opposition party chief Sonia Gandhi.

“If anyone had doubt how much the Nehru Dynasty hated Sardar Patel, this video clears it. Congress leaders Siddaramaiah and DK Shivakumar agree to place photo of Sardar Patel along with that of Indira Gandhi fearing BJP,” he tweeted together with the video.