Rising unfold of terrorism in Africa is a matter of great concern: India at UNSC 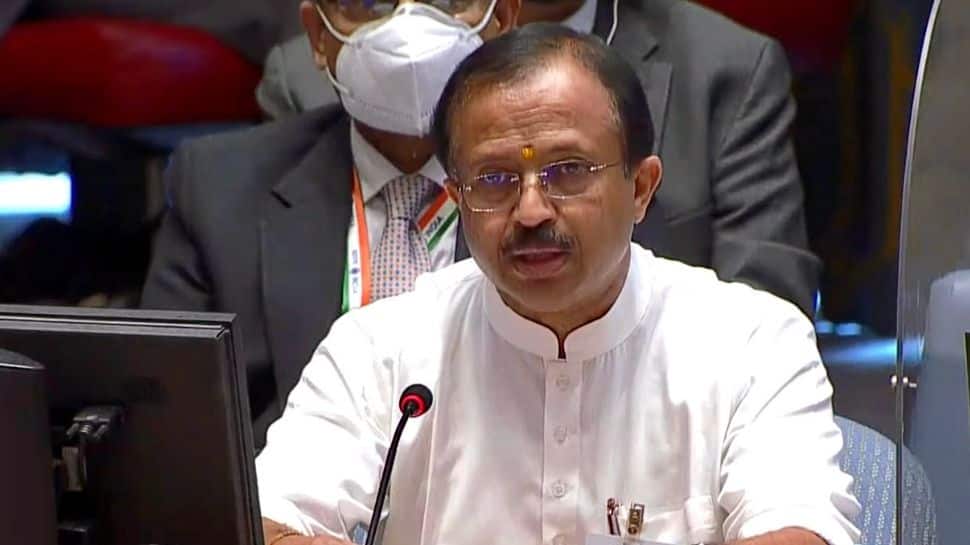 New York (US): Union Minister of State for Exterior Affairs (MoS) V Muraleedharan on Tuesday (October 12, native time) mentioned that the growing unfold of terrorism in Africa is a matter of great concern, including that these terrorist forces and teams obtain encouragement from member states, searching for to divide communities by legitimising terrorist actions.

Talking on the UNSC Excessive-Stage Open Debate on Peace-building and sustaining peace, Muraleedharan mentioned: “terrorism is a clear manifestation of how forces inimical to unity anddiversity can seek to destroy the social cohesion and democratic fabric of countries by, inter alia, fomenting disaffection, hatred and violence.”

“The increasing spread of terrorism in Africa is a matter of serious concern. What is even more unfortunate is that these terrorist forces and groups are receiving encouragement from member-states which seek to divide communities by legitimizing terrorist activities,” he added. India has all the time performed a constructive and important position within the context of peacebuilding by its intensive growth partnership with creating international locations, significantly in Africa and Asia and with LDCs, LLDCs and SIDS, he mentioned whereas underscoring India`s position in creating international locations. Referring to Afghanistan’s scenario, the Minister of State mentioned, “The change in authority in Kabul was neither through negotiations, nor inclusive. We have consistently called for a broad based, inclusive process that involves representation of all section of Afghans.”

“The expectations of the international community on Afghanistan, including on combating terrorism, are set out clearly in UNSC Resolution 2593. It is important that commitments made in this regard are respected and adhered to,” he mentioned additional. The UN World Counter-Terrorism Technique has clearly strengthened but once more that terrorism can’t be justified underneath any floor and that no nation ought to present an excuse for such actions. It’s equally vital that UN organizations take GCTS as a template and never give any encouragement or excuse, even not directly, to efforts of member-states to justify terrorism in any approach, he added. “The 2020 Review of the UN Peacebuilding Architecture that concluded last year gave us a new set of ‘twin resolutions’ on peacebuilding and sustaining peace. We appreciate that as part of its 2020-24 strategy, the Peace Building Fund has put forth a comprehensive scenario, covering a horizon of five years,” Muraleedharan mentioned.

He added that India will proceed to be a pillar of energy for all creating international locations intheir transition to growth, progress and prosperity.