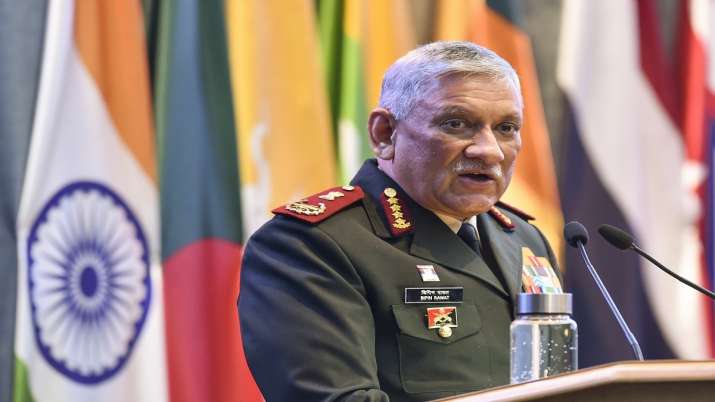 The Helicopter crash wherein Chief of Defence Workers Normal Bipin Rawat and 13 others had been killed was attributable to dangerous climate, clarified the IAF probe panel on Friday.

The Tri-Companies Courtroom of Inquiry into the Mi-17 V5 accident, in its preliminary findings, dominated out mechanical failure, sabotage, or negligence as a reason for the accident. The accident was a results of entry into clouds on account of an sudden change in climate circumstances within the valley, they mentioned.

This led to spatial disorientation of the pilot leading to a Managed Flight into Terrain. Primarily based on its findings, sources advised, the Courtroom of Inquiry has made sure suggestions which are being reviewed. The inquiry workforce mentioned that it analyzed the Flight Information Recorder and Cockpit Voice Recorder in addition to questioning all out there witnesses to find out probably the most possible reason for the accident.

Earlier, individuals aware of the chopper crash mentioned that no technical snag or sabotage and dangerous climate resulting in a phenomenon known as Managed Flight Into Terrain (CFIT) is believed to have been recognized because the prime motive for the crash of the IAF helicopter close to Coonoor that killed CDS Gen Bipin Rawat and 13 others.

Chief of Air Workers Air Chief Marshal VR Chaudhari and Air Marshal Manvendra Singh who headed the tri-service investigation into the crash apprised Defence Minister Rajnath Singh on the findings of the probe.

Gen Rawat’s spouse Madhulika, his defence advisor Brigadier LS Lidder, employees officer to the Chief of Defence Workers, Lt Col Harjinder Singh and adorned pilot Group Captain Varun Singh had been amongst 13 others killed within the crash close to Coonoor in Tamil Nadu.